Beginning with NLS 5.4, a fixed amortized loan does not need to be restructured when converting to a simple interest loan.

The following loan is an example of a case where a loan might be restructured:

A home buyer borrowed $250,000 at 4% on a 30 year mortgage five years ago. All payments on the loan were made on time until six months ago, at which time the homeowner became unemployed. Payments were continued to be made on time for the next three months, but was unable to make any further payments, and at this time the loan is 96 days past due. Now having secured new employment, in order to bring the loan current, three months of past due payments must be made, one full payment for the current month, and pay $179.04 in late charges for a total of $4,953.20. The borrower, now employed, is capable of making the monthly payment, but is not capable of bringing the loan current. The bank is eager to avoid foreclosing on a borrower who is capable of making a monthly payment, but is not willing to take a loss on the past due interest and late charges which have already been accounted for as income. The bank agrees to a modification of the loan under the following terms:

The servicer now has the option of adding additional loans that are to be combined in the restructure. In this case, the servicer is restructuring one loan only. 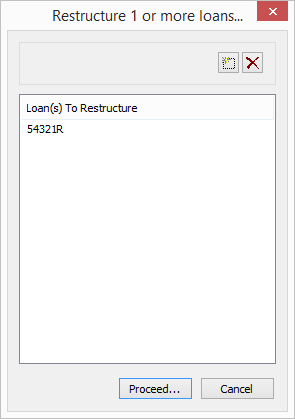 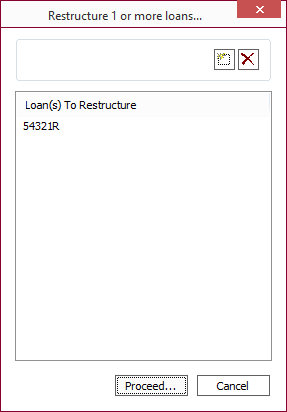 The loan number is entered. Clicking

next to Net Loan Amount shows that the amount of the restructured loan is composed of a combination of the outstanding principal, outstanding interest, and outstanding late charges. It appears that this does not exceed the original amount of the loan and it is likely that the extension of the term will actually result in a reduction of the monthly payment amount.

If needed, enter an amount in the Advance Principal field to make an advance on the principal of the restructured loan. 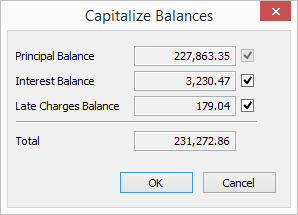 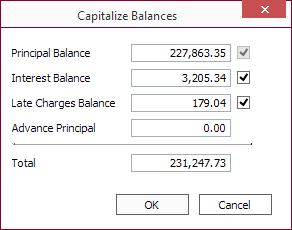 next to Origination Date. 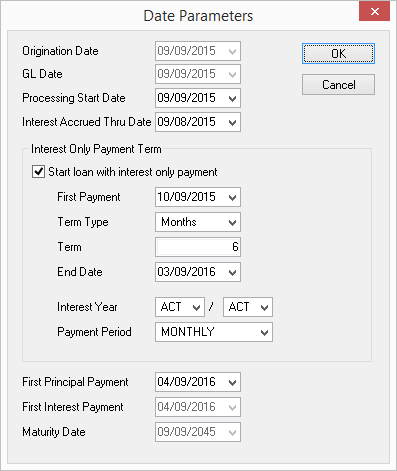 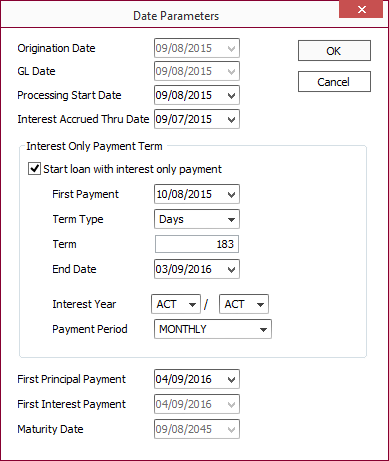 The rest of the loan parameters are filled in as usual and the loan entered.

Fill out my online form.